The missing piece for your next event.

You've finalized the venue… the food… the guest list. Now, you need just one more thing. A memorable experience that lives on long after dessert is cleared away.  A fresh and exciting performer that will dazzle even the most discerning audience.

TRUSTED BY THE WORLD’S LEADING COMPANIES

The man behind the mystery. 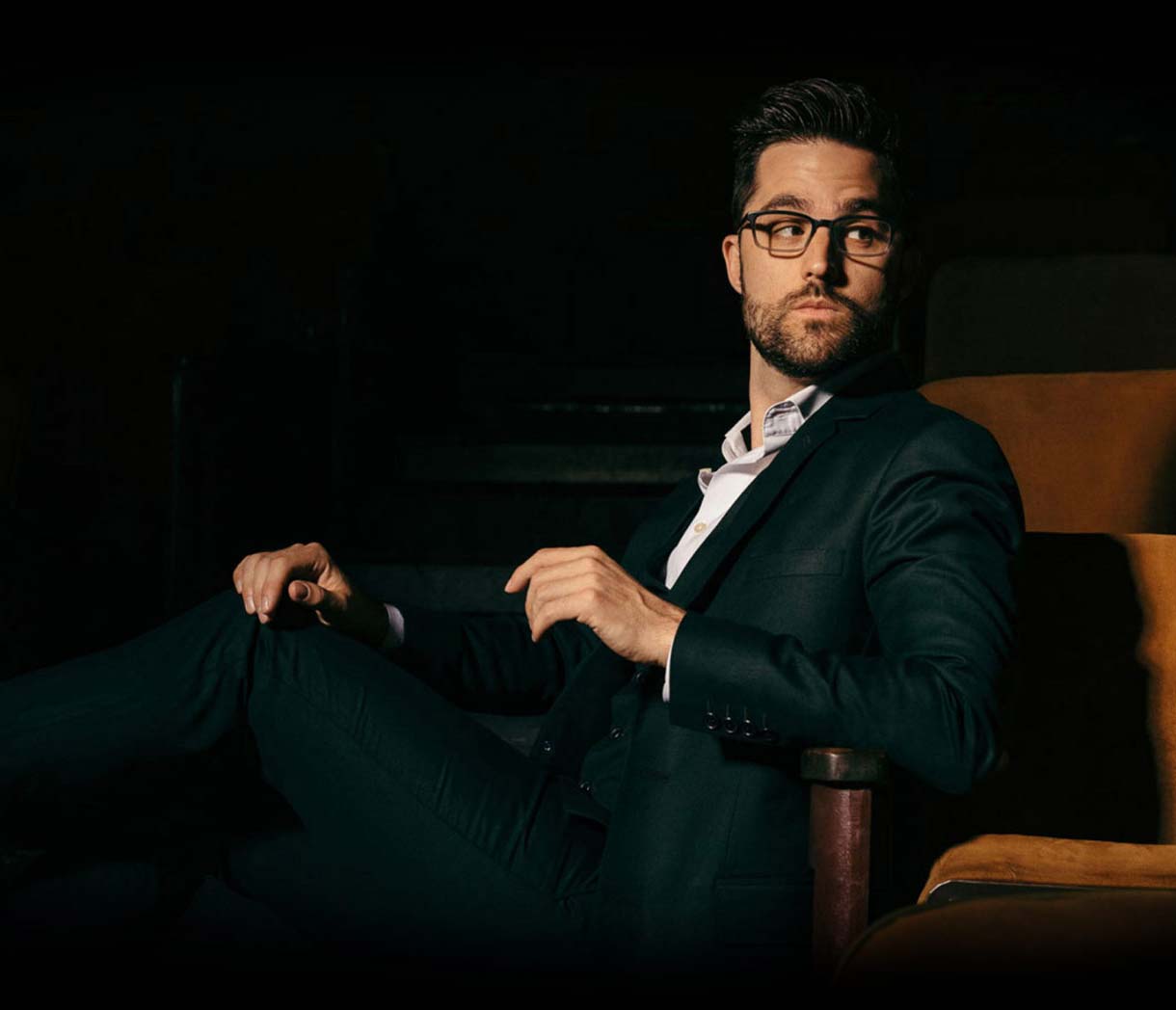 David Gerard has been performing magic since he was six years old. Today, more than twenty five years later, David has performed for Fortune 500 companies, private parties for Silicon Valley's elite, and international events in Qatar and beyond. He has also been featured three times at the prestigious Magic Castle in Hollywood.

Since moving to California in 2010 to work for Google, David has been helping event planners create indelible memories that elevate their events. His modern sensibilities seamlessly blend with his baffling illusions, leaving audiences charmed and mystified. When you're ready, David would love to talk to you about your event.

David's versatility leads to amazing performances in any venue. Below, you'll find the two most popular ways David's talents are brought to life. Inquire to learn more about a custom solution for your event.

A dapper stranger takes the stage. The show begins.

Within minutes the story begins to unfold. Minds are read. Uncanny coincidences happen between guests. Eruptions of applause one moment, stunned silence the next.

David's platform performances are for groups of 15 to 1,000 and range in length from 35-60 minutes. On stage, David focuses on mental illusions - mindreading, influence, predictions - magic that appeals to the savvy modern audience. His program is highly interactive, with countless audience members participating from their seat and the stage.

From the corners of the event you hear gasps, laughter, and applause.

Another one of the guests? Perhaps... but this gentleman has something more to share. David's strolling magic is a popular choice for party planners who want entertainment that blends seamlessly into an event.

David will perform close-up magic and mind reading for small groups to break the ice and connect your guests with his intimate illusions. Thousands of performance hours for groups like yours gives David the perfect balance of subtlety and spectacle, making strolling magic a delightful and mysterious complement to any event.

Hear from the hosts

David is AMAZING!!! We had David perform at our team celebration at Google. He had the audience of 150 people completely blown away by his mind magic and laughing hysterically, it was the perfect mix! He used lots of audience participation and kept the crowd engaged the entire time. People were talking about it for days as it was truly something special. I would highly recommend David to perform at your next event, you will be so glad you did!

David put on a wonderful performance for our Awards dinner! He has an immense amount of stage presence alongside his amazing magic tricks and hysterical jokes. Also, he's very professional and easy to work with. He added so much value to our event and I'm so happy that he was a part of the night. Our guests loved him. Would highly recommend David!!

I'd seen David perform at a company holiday party a few years back and it took one trick to get me hooked. (As a side note - his weekly performances at Piano Fight are equally as entrancing :) So it was an easy choice to hire him to come perform for my new team. And this guy does not disappoint - he came prepped with new tricks for a new season, which honestly just get better and better. I've never heard people literally SHRIEK with amazement at a magic trick, but that's just how good he is. 100P would recommend.

We had David perform at the Cystic Fibrosis Foundation's Breath of Life Gala at the Four Seasons in San Francisco and he was outstanding. He even tied in our fundraising mission to his show which is very nice.He really added value and a great experience for our guests. Highly recommend! Very easy to work with as well. Thank you for the great show.

My team and I recently organized a lovely dinner for some of our clients and prospects in San Francisco (group size ~30). To add a fun little surprise for our guests, we wanted to slot in time for a mentalist at our dinner. Our guests were blown away by David's acts and my VP was super happy with the turnout.David is a super professional guy with great energy! He takes the time to make sure the location and crowd is just right. I definitely recommend him and will keep him in mind for future opportunities.

Get a taste of the show

Time is of the essence when planning your event. Fill out the form below and David will get back to you within 24 hours, or call 650.516.7459 to chat right now.

I'll get back to you as soon as possible!
Oops! Something went wrong while submitting the form.

To be the first to hear about David’s future public shows, sign up for the newsletter below. We will notify you when tickets go on sale.

Thank you! Your submission has been received!
Oops! Something went wrong while submitting the form.